Keep Track of Tasks with our Free PM Calendar 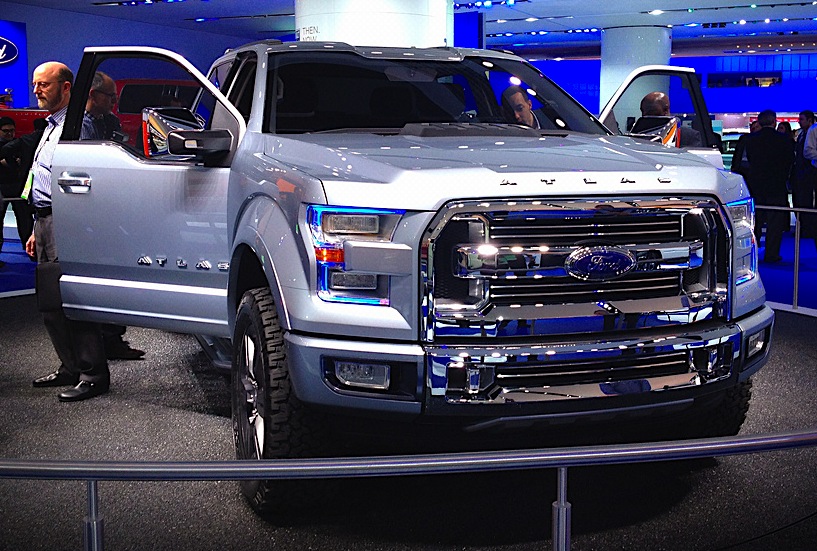 If you want to know what the future holds for Fleet Vehicles, just spend a moment thinking about what you would like them to be. After all, your needs and desires as a consumer are driving the automotive industry. Major auto manufacturers (and some upstart new arrivals) are listening, and here are some of the big improvements that are coming in the 2014 models and beyond.

Is it possible to have your cake and eat it too? Can there really be improved fuel efficiency without sacrificing power? You bet! As we are seeing with concept vehicles like the Ford Atlas, trucks can sip fuel and still give you enough power to get the job done.

How does this happen? Well, there are a few key advances that are making leaps and bounds as far as efficiency is concerned:

Auto Start-Stop Technology If you manage a fleet, you are very aware of how idle time can play a huge role in overall efficiency. With this thought in mind, a handful of trucks and SUVs are now rolling out of the factory with an auto start-stop feature that will turn your car off when it comes to a stop (think gas powered golf cart). Once you apply the accelerator, these vehicles spring back to life.

Improved Aerodynamics Large vehicle manufacturers are taking cues from the little guys with a revamped emphasis on reducing drag. Big and boxy is not helping your MPGs. Some models even come with a nifty device which covers the grill at high speeds, reducing unnecessary airflow into the engine compartment. Pretty soon, you will start seeing this idea played out more on other aero-offending parts of the vehicle. (hint: wheels and undercarriage)

Making the Most out of a Gallon Instead of increasing engine displacement and building a bigger block, automakers are looking inward - focusing more on power per cubic inch. Direct injection and turbocharging are becoming the norm. This helps cut down on vehicle weight and can result in an efficiency increase in the neighborhood of 20%.

Priority number one for Fleets will always be safety. Since operator error is most often the cause of accidents, automakers are now doing more than ever to assist with driver alertness and visibility. Here are a few features that are doing just that:

Rear View Cameras When it comes to preventable collisions, none are more frequent than backing accidents. Proactive fleet managers have mandatory safety measures and walkarounds before backing a vehicle, but once a large vehicle with a sizeable blind spot is in motion, surprises can happen. This is why rear-view cameras are becoming more and more prevelant in consumer and fleet vehicles. The National Highway Traffic Safety Association (NHTSA) has even vowed to make them mandatory… eventually. If a backup camera does not come standard on the vehicle you are looking at, then chances are it is an option.

Driver Alerts Driver fatigue is the cause of many fatal accidents, and there are plenty of new features that aim to keep you more alert while behind the wheel. Lane Departure warning systems are now optional on a number of vehicles, as are forward-collision warnings. Some models have an indicator light, some produce a beep and others will actually brake for you. These options are less common in base-model fleet vehicles, but are approaching mainstream over the next few years.

There are a few new and noteworthy ideas that showed up at this year's 2013 Detroit Auto Show. Check out several that you should keep an eye on…

Electric Vehicles Go Big EVs as we know it are going to start evolving beyond the city-dwelling passenger vehicle. VIA Motors debuted a handful of offerings that are making people rethink the concept. Even going as far as promising "the torque of a monster truck with the fuel economy of a Prius." This may sound ambitiously optimistic, and the pricetag may be a little steep, but give the technology a few years and see what happens.

Ergonomics Become a Priority Automakers are looking beyond comfy interiors, and taking a look at how you use the vehicle from all angles. Truck beds are becoming increasingly more ergonomic, with Ford, as well as GM adding pull-out steps that are built into the bumper. After all, what good is form without function?

The Downside to These Fancy Gadgets

I'm not trying to sound overly pessimistic with this thought, but we are quickly approaching the age where routine maintenance is going to be a stretch for anyone but trained specialists. Let's face it - once you start outfitting wheels with battery-powered aerodynamic shutters, even rotating tires can become a complex task. You can rest assured, however, that the reliability of vehicles - across the board - is improving.

So what is next, you ask? Well, just let the 2014 models sink in for a bit, and then think about what else you want.