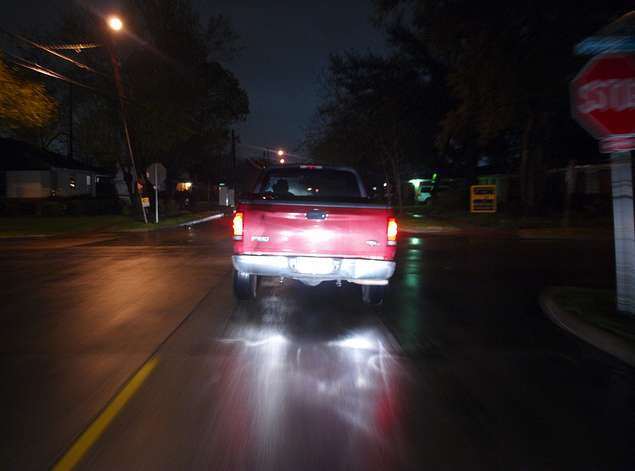 Last week, the National Transportation Safety Board (NTSB) recommended that states reduce the blood alcohol concentration (BAC) limit for driving from 0.08 to 0.05. If the proposal is accepted, anyone found driving with a 0.05 BAC level or greater could be subject to prosecution and arrest. For some context, a 180-lb male will reach a peak BAC level of 0.05 somewhere between two and three drinks consumed within an hour (see chart below for peak levels).

Peak BAC Based on Alcohol Drinks per Hour 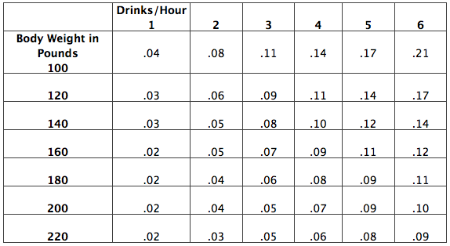 According to NTSB Chairman Deborah Hersman, of the approximately 10,000 drunk-driving related fatalities each year in the United States, nearly 1000 of those in 2011 were caused by drivers with a BAC level between 0.05-0.07. The NTSB says extensive research shows that lowering the limit would help significantly reduce drunk driving accidents, injuries and fatalities.

Not everyone is convinced. The measure has met expected resistance from restaurant and beverage trade organizations like the American Beer Institute which says adopting the lower limit would “criminalize perfectly responsible behavior”. Even Mothers Against Drunk Driving (MADD), expected to support the NTSB in such efforts, is remaining neutral on the idea, choosing to focus its efforts more on distracted driving measures to prevent texting and driving as well as the NTSB’s other recommendations like mandatory Breathalyzer interlock devices installed in vehicles of anyone with a DUI conviction.

While traffic fatalities as a whole have been reduced over 50% since the early 1980s when many states had a BAC limit of 0.15, the NTSB and other safety advocates say the U.S. can do much more to keep our roads free of alcohol-impaired drivers. Much of the civilized world, including roughly two-thirds of Europe, has a driving limit of 0.05 BAC or lower, while the last reduction in the limit in the United States to 0.08 came in 1998 after a long political fight. Advocates of the NTSB’s proposal say lowering the limit would not only reduce drunk driving injuries and fatalities, but the measure would send a strong message to those who push the envelope and routinely drive with the impaired vision and sensory perception common at BAC levels between 0.04-0.08.

Whether the NTSB’s recommendations are adopted or not remains to be seen, but the measure clearly faces a long, challenging road ahead.

About the Author: Hunter Strickler is a Marketing & Training Representative at EDPM, Inc.. EDPM is a privately-owned corporation of professionals with a combined 300+ years of experience in the alcohol and drug testing and background check industries. Their mission is to help society combat the many problems related to substance abuse in the workplace and home by providing personalized, quality employment testing services to our clients in an ethical, cost-effective manner.