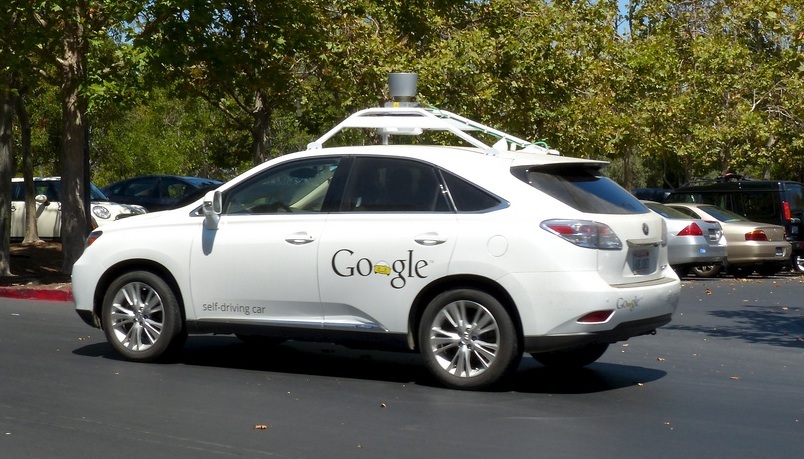 Growing up, I was an avid reader of Popular Mechanics magazine. Then and now, the publication does a great job of hinting at what the future will bring. Being somewhat of a gearhead, articles on flying and self-driving cars were fascinating to me, but always felt a bit distant. And, as one might quickly realize, the autopilot feature would have to come first, as we have enough terrible drivers already with our cars sitting on the ground. So I waited…

By now, you have undoubtedly heard about Google’s self-driving car. The retrofitted Toyota Prius has, over the last few years, completed challenging routes totalling thousands of miles without any human assistance. Google, however, will be the first to tell you that they aren’t 100% there yet. Reading this extremely detailed profile of their operation, you get an idea of the seemingly infinite situations an automated car has to accommodate.

To give an example, if you (a human, we'll assume) are driving down the interstate at respectable 60 mph (~87 feet/second) and a piece of debris is sitting in your lane, what is your immediate thought process? You will likely evaluate the obstacle first. If there’s a paper sack in your path, then you probably shouldn’t slam on your brakes and risk a rear-end collision. This is a split-second decision that involves a number of complicated factors. In this case, how do you teach artificial intelligence to recognize nuances like material makeup (even if that bag is crumpled) at highway speeds?

So you see, there are plenty of challenges ahead for 100% automated driving, but we are still told that such cars could be here by 2020. In the meantime, it should be noted that scaled down versions of this technology is already readily available. You might think you are still totally in charge, but here are some prime examples that you indeed are not, and haven’t been for a while. Cue Terminator theme song…

The Rise of the Machines

The first time I saw a commercial for the self-parallel parking Lexus, the hair literally stood up on the back of my neck (“IT DOES WHAT?!”). Traction control, ABS and various other computerized "intelligent" features have been around for years, but this was an entirely different level. The steering wheel had been taken from us. Now, it seems, most major auto manufacturers have similar functionality as an option in their vehicles.

Beyond parking, other new features are focused intently on compensating for your flawed human-ness. With so many distractions behind the wheel, there are now a myriad of safety options to correct potential mistakes. Automatic braking is a prime example of this. Whether you are backing up with limited vision or going forwards and simply not paying attention, there are a number of cars that will now stop for you. If you happen to be running a company and have a fleet of vehicles out on the road, it could certainly add peace of mind to know that your drivers have help in staying safe. For a full rundown of who has the best performing systems, check out CNN Money’s article on accident avoidance ratings. As you’ll see, some cars are equipped to slow you down automatically and others will actually bring the car to a full (and jarring) stop.

The Future is Already Here

If you want to see the cutting edge of what safety features are currently available to the general public, albeit the wealthy general public, check out the 2014 Mercedes S-Class ($93,000 base). With the S-Class, Mercedes is basically knocking on the door of a complete self-driving car. In addition to regular or parallel parking itself and braking automatically, the vehicle can keep a safe distance from those ahead and literally steer you down the highway. Check out the video if you want to see it in action.

As with any advanced technology, one would expect the price of these sophisticated options to trickle down and become more accessible for the masses. Subaru, a notable fleet vehicle provider, is already one of the highest rated when it comes to accident avoidance technology and their prices are more in line with what the everyday consumer is willing to spend.

There are a lot of hurdles to a 100% self-driving car, but in just seeing what is available as we speak, it doesn’t seem like too distant of a future. You might want to prepare yourself for that day, as it will be here sooner than you think. And once we get that far, the logical next step is up.