Tips from a Fleet Manager: Time Management with Bryan Abbott

In our conversation with Bryan Abbott, fleet manager for Asplundh Australia, we took away a couple of golden nuggets on how to better manage time in a fleet operation. 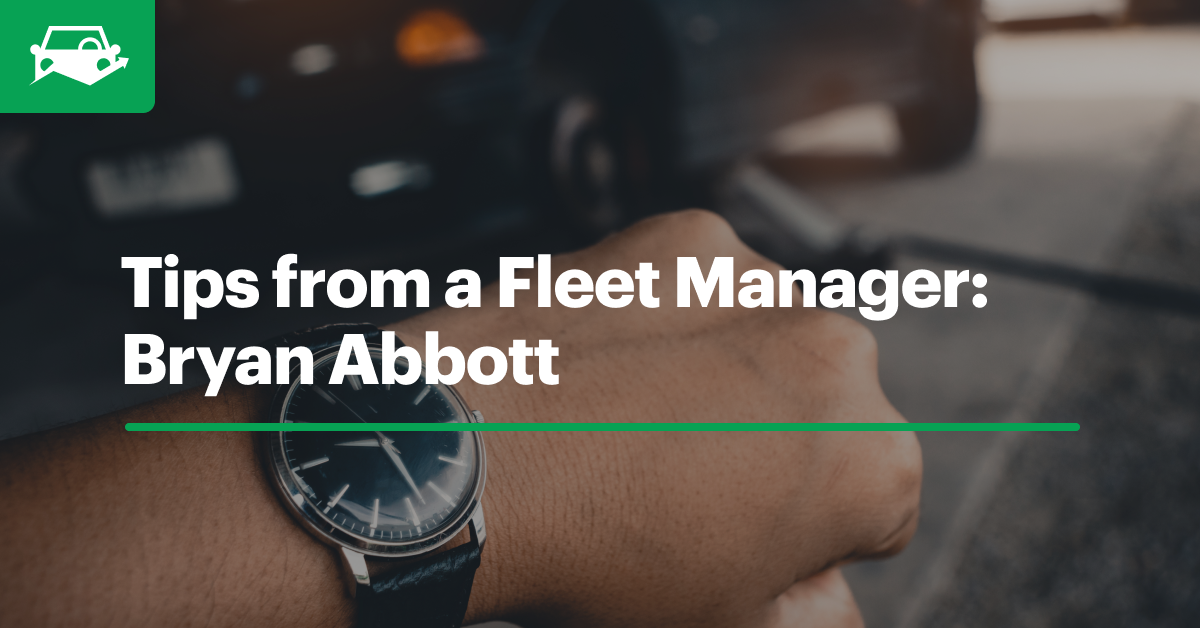 When you work in an industry that relies on the coordination of so many different moving parts, time can either be one of your greatest assets or biggest hindrances, depending on how you utilize it. Managing utilization for vehicles on projects and coordinating internal efforts is a delicate game of balance, one that many fleet managers can struggle with.

A mechanic by trade, Bryan Abbott spent 20 years working his way through the ranks at companies like Honda before he landed at Asplundh in Australia, a US-based company that specializes in vegetation and asset management. These days, he manages over 600 individual assets for Asplundh – as well as another nearly 1100 assets from recent business acquisitions – and while he loves the ever changing nature of his day-to-day, he’s had to pick up some skills in time management over the years to avoid getting caught up in the pace of the job.

Here are three key takeaways we got from our conversation with Bryan on managing time while you manage a fleet.

1. Data visibility and automation are the ultimate time savers.

Up until about four years ago, Asplundh was a primarily paper-based company when it came to data collection. Data had to be manually entered in multiple different platforms, and access to those platforms was spread out among different roles and teams, making it hard to track down information despite how interconnected the business and fleet sides of the business are.

Bryan decided to implement Fleetio as a way to improve the fleet side of the organization, and in the process, he found they were now able to scale some of the walls separating Asplundh’s different business sectors. Not only did this give everyone a more concrete understanding of the fleet’s impact on financial performance, it also automated a ton of the manual processes that took up so much time in the past, meaning more time could be spent on the job at hand.

"Before, every business unit within the company was, in a sense, running little silos and bits and pieces like that, whereas now, there’s a lot more transparency across the whole business," Bryan said. "And because it’s now all automated through API connections and what not, people are now not having to run their own spreadsheets and all this other stuff. It’s now all being done via API connections between all the different platforms. So from a time saving point of view, it’s not just me, it’s everyone in the business starting to really save a hell of a lot of time."

That open API ability is one of the biggest reasons Bryan chose to implement Fleetio. While softwares like Fleetio often offer pre-built integrations, Bryan said his operation has found a lot of benefit in being able to build out their own data connections so that every significant data point can become immediately visible on a single dashboard to anyone who may need it.

A great example of that automation in action is Asplundh’s general foreman audits, which not only gave mechanical insight into the equipment, but also generated data that could assess an asset’s overall cost and depreciation. Previously, each piece of fleet equipment was inspected once a month, organized by cost center, and those results were reported on paper.

"The admin staff would be making literally dozens and dozens of phone calls every month," Bryan said. "And I’m not exaggerating in saying this: they’d be losing probably two to three days a month, per person, in each business unit, just chasing for the general foreman audits… You times that by 15 depots we have. There [were] serious amounts of lost time."

Asplundh then switched to a Power BI dashboard for tracking their audit results, which could then be imported into Fleetio through an API connection, and admin staff no longer had to track down the information; it was readily available in a centralized location each month.

"Everyone now has the information of all their fleet and what has been actually audited for the month," Bryan said. "They don’t even see the audits now; that’s all done electronically and through the dashboards and what not. Click on the Power BI dashboard, there’s your information. If they need to make a phone call, they pick up the phone to make a call to one person — that’s it for the month.

"Because we didn’t have visibility of it before, whereas we do now, that’s most probably the biggest cost saving and from a time management perspective."

2. Skimping on compliance will hurt you in the long run.

Many fleet managers view compliance standards as a bureaucratic time suck. While it does have the capacity to bog down certain processes, there are plenty of ways to mitigate that impact without cutting corners, which can be a costly or dangerous error to make.

"We have a lot of forms, [like] HAC, which is a hazard assessment check [operators] do every day," Bryan said. "Years ago, it used to be paper-based. The feedback we got from the field was that our forms are way too long."

Bryan worked with Asplundh’s national safety and compliance manager to rewrite the forms in a way that collected all of the legally necessary information without any repetition or cumbersome entries, and recreated the form in a digital format in Fleetio so that it could be easily completed in the field from a mobile device. This way, the company is still covering its regulatory bases and better incentivizing thorough completion with better ease of use.

"It took us, realistically, two weeks to rewrite all our forms," Bryan said. "However, the benefit now is the forms are so much smaller than what they’ve ever been, it gets straight to the point, there’s no duplication."

While you can’t avoid compliance, "streamlining to your basics," as Bryan put it, can help you save time while keeping everyone safe in high risk environments.

3. When fires pop up, prioritize them well to avoid getting burned.

Most of a fleet manager’s job is centered on the operation itself, but mismanaged client-side interactions and managing client expectations can make or break a company just as much as a mismanaged shop. When breakdowns and delays happen on a job and clients get upset, the back and forth before a solution can eat up project time and bleed into other projects as well while you try to reappropriate assets to replace the impacted equipment.

For Bryan, playing firefighter starts with asking two questions, the first being, who’s the client? Before you start scheduling emergency repairs and dispatching backup vehicles, assess the overall temperament of your client and urgency of the project timeline to determine whether or not you need to take resources away from other work.

"Let’s call it, ‘the squeaky wheel gets the oil,’" Bryan said. "If we go to a client where we’re already behind program, we need to ensure that we need to keep them happy, whereas another contract that’s having the same issues where fleet [equipment] has gone down, they could be ahead of their schedule at the moment."

The second question to answer is what exactly happened? If the issue was the result of human error on the job, you’re generally going to find less sympathy than you would with an issue that was caused by a mechanical failure, so always address the human error first and ensure it can’t be repeated.

Bryan added that consistent, proactive time management before issues arise can also give you a little bit more leeway in the eyes of a client, regardless of the issue. If you’re ahead of schedule – or at least solidly on timeline – you can usually get away with a small delay that allows you to correct any issues with equipment.

Loading up projects to finish ahead of schedule is great, but when you do have a particular project falling behind, do whatever you can to get it back up to speed by borrowing resources from projects that are ahead of schedule. Completing a project ahead of time gives you one happy client, but finishing two projects on schedule means two happy clients.

"It’s all about being smart," Bryan said. "Work smarter, not harder." 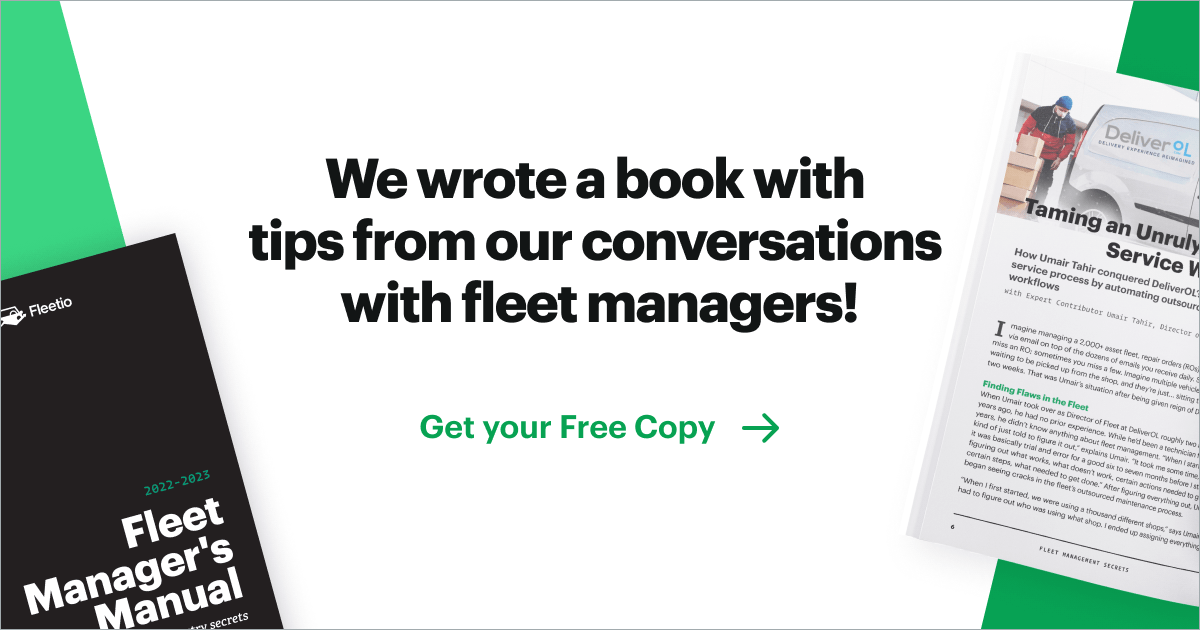 Are you ready to work smarter, not harder? Fleetio is designed to help you see your fleet from all sides, with all of your data united in a single spot, while saving you valuable time each day. Sign up for a free trial or schedule a demo today.