Municipal fleet management can be a bear, but the City of Cambridge, Massachusetts was able to alleviate some of its maintenance woes with Fleetio, allowing them to sync more easily on important fleet data and integrate with their existing technologies like Samsara.

As a major suburb of Boston and one of the most populous cities in Massachusetts, the City of Cambridge Public Works Department has a lot going on, managing nearly 200 assets in its fleet. Despite the size of its operation, the city still had cumbersome processes riddled with paper trails and general inefficiency.

Picking the Right Software that Met Fleet and City Requirements

One of the most difficult aspects of onboarding new vendors for any government entity is finding the right solution that is both within budget strictures as well as an approved contractor. That was certainly the case for assistant fleet manager Tom Rowlings and the City of Cambridge as he started looking into fleet management software. 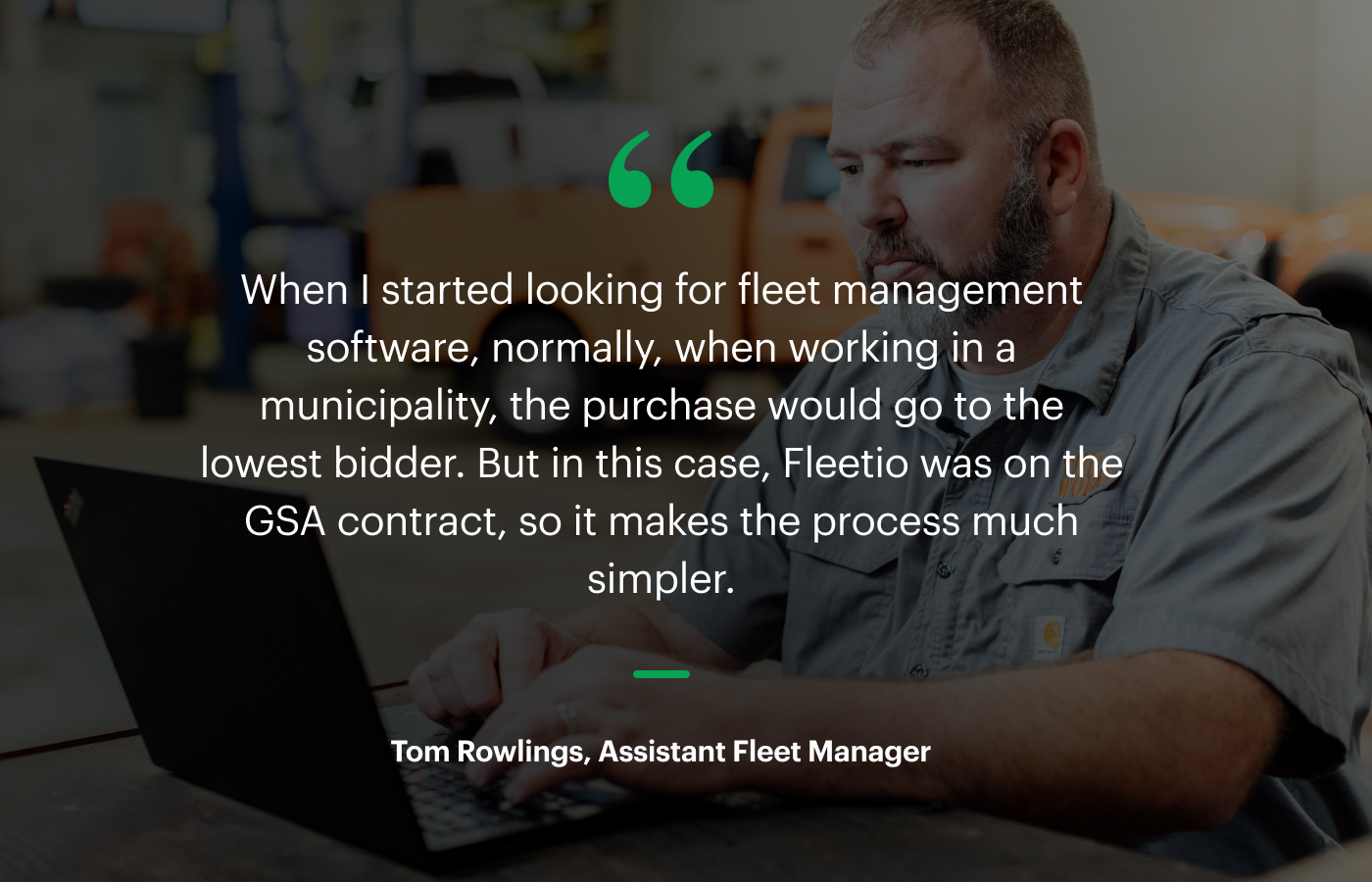 Fleetio was an easy choice for Rowlings, who had onboarded the software with another fleet in the past, and he knew that Fleetio would effectively fill his fleet’s need for structured data automations and integrate quickly with other solutions he already had in place, like Samsara. Luckily, he discovered that not only was Fleetio an approved contractor, but the city had also previously implemented the software in its police and fire departments.

Rowlings was able to avoid the headache of an arduous search with endless demos and trials, in addition to having a previous framework for Fleetio’s success when justifying the expense to higher-ups.

Keeping track of vehicles and making data readily available was a struggle for the Public Works department, where they relied on decentralized paper processes to keep up with what was happening in the fleet on a daily basis. For fleet manager John Keeter, this led to a lot of delayed communication and regular interruptions for syncs to get stakeholders on track. 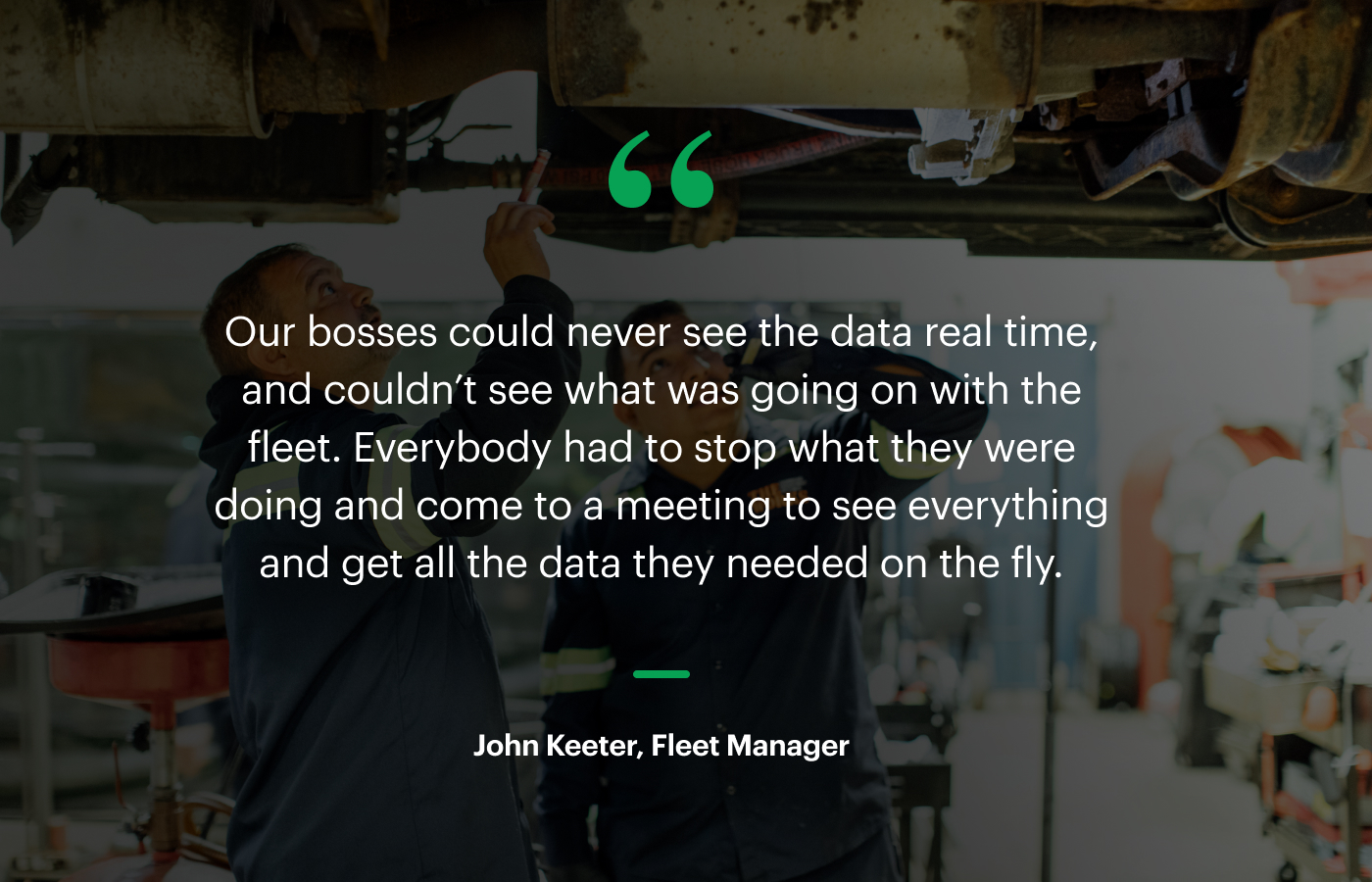 Once the fleet was onboarded in Fleetio, everyone was able to quickly and conveniently access vehicle information and reporting from their computer, tablet or phone. That meant managers and department heads could stay consistently up-to-date on the status and location of any vehicle in the fleet.

It also improved the data output of the mechanics working under Keeter and Rowlings, who could now easily track their time and log service information from the Fleetio Go app on their tablets, rather than handing over forms that Keeter would then have to manually input into a different system later.

Getting Useful Data to Drive Decision-Making

While the department was taking care to record important vehicle information for regular maintenance and compliance purposes with its old pen-and-paper system, there was little actionable data that could be used to make more informed decisions on the fleet from an operational or financial perspective. 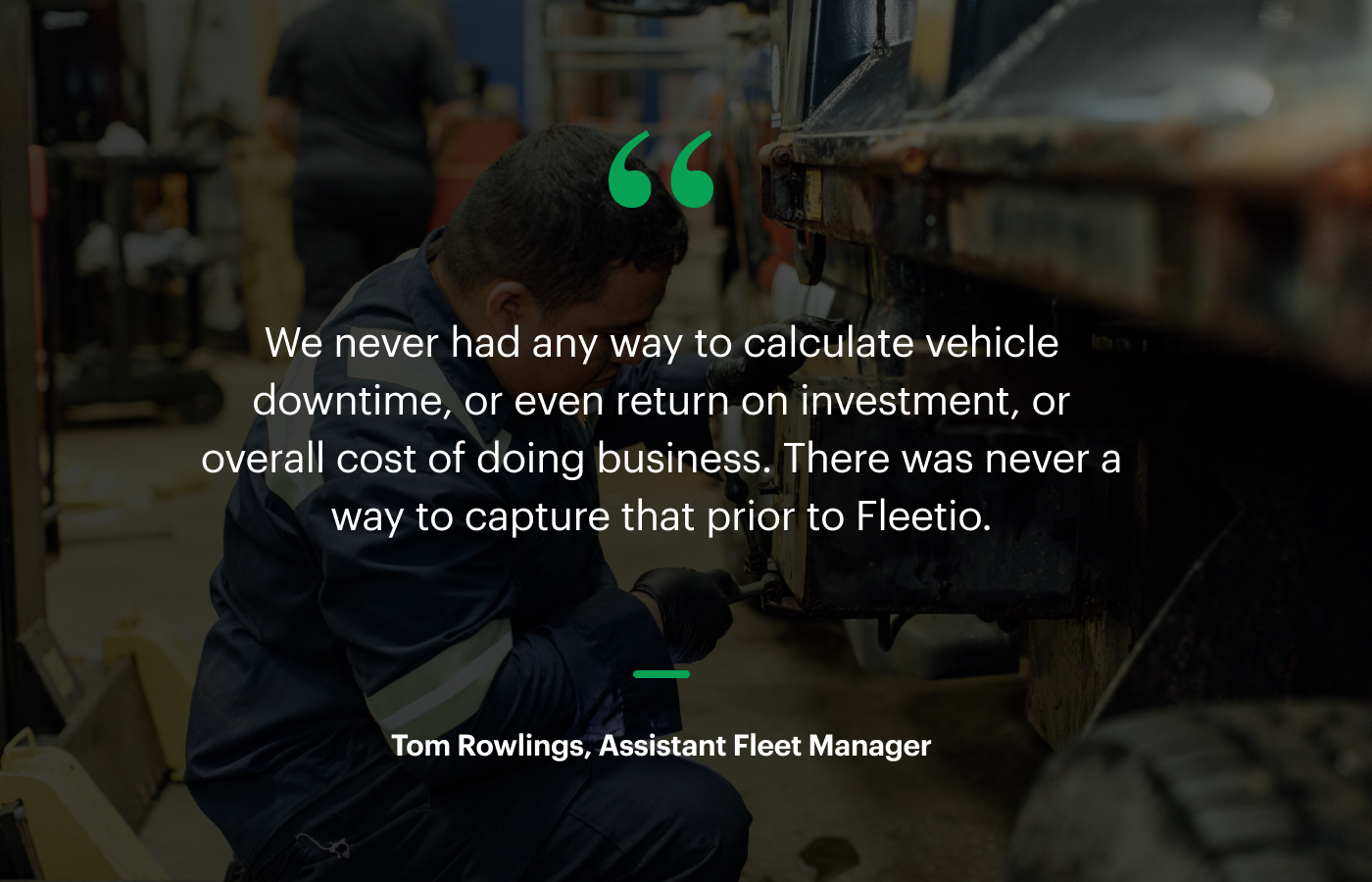 Fleetio’s ability to automatically calculate and visualize metrics like total cost of ownership, vehicle utilization rates and maintenance costs gave Keeter and Rowlings a deeper understanding of their fleet and what it takes to keep it running. They are also now able to create strategies to reduce downtime and costs while giving their fleet exactly what it needs in money, time and resources.

Fleetio was also able to capture the data they were collecting from other sources, such as their Samsara telematics devices, which meant they could further break down an asset’s health while keeping all of that data in a centralized platform. 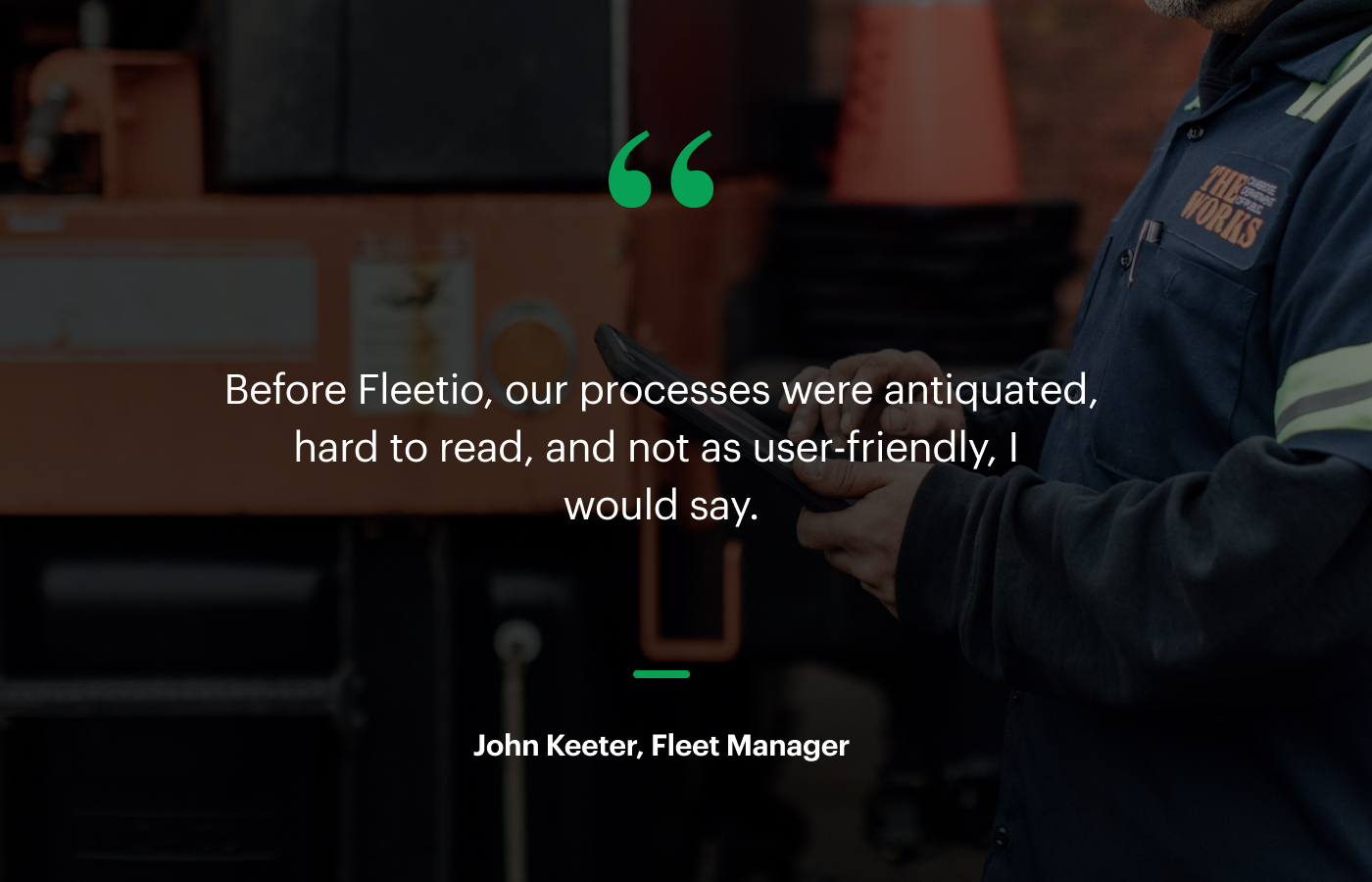 A few of our customers